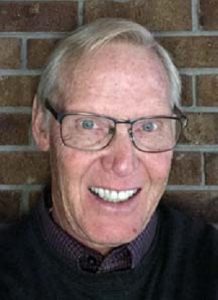 I started my biomedical studies at a community college in Livonia, MI.  I later enlisted in the Army, and attended both the basic and advanced biomed training courses at the United States Army Medical Equipment and Optical School (USAMEOS) at Fitzsimons Army Medical Center in Aurora, CO.  I taught at the school as well.  During my 6 years in the military, I received an Associate Degree in Biomedical Electronic Equipment Maintenance from Regis College.  Additionally, I received my CBET certification from AAMI.

I began my civilian Biomed career with Hospital Shared Services of Colorado (HSSC).  I worked at Presbyterian and St Luke’s hospitals while with HSSC, as a technician and later as a supervisor.  I earned my Bachelor of Science degree in Biomedical Engineering Technology from Colorado Technical College during my 6 years with HSSC.

I continued to work at Presbyterian and St. Luke’s as an in-house Biomed until 1996.  I then joined National MD, an independent service organization that had been tapped by GE to manage the Healthone accounts.  After 2 years, GE assumed full control of the biomedical program at Healthone.  I worked at Swedish Medical Center as a senior BMET, and later as the Senior Program Coordinator, for 14 years.

In 2010, I began working with Aramark Healthcare Technologies, who had been awarded the contract for the Healthone hospitals.  I was a Senior HTM for 6+ years with Aramark.

I thoroughly enjoyed my career as a BMET and HTM for 43 years, and retired in February of 2017.  I have been a member of CABMET since 1975.  I have previously held the position of President of CABMET.  I have assisted with creating annual seminars, brought vendors to Denver for training on medical devices, and have been a supporter of continuing education and certification as a means of improving our standing within the medical community.